Galleywood Historian, Ron White has died at the age of 86, just after moving to a care home in the Isle of Wight. In 1992 he had become concerned that old buildings in the village were starting to be demolished with no record of their existence being preserved for future generations. He set about photographing all the old properties, and even toured the village in his car with a video camera mounted in the windscreen. He then developed his collection to include Galleywood people. Family group photos were passed to him for inclusion in the rapidly expanding archive. His albums of carefully annotated pictures were always willingly brought out for inspection by callers at his home in Watchouse Road. The collection grew and grew and selections of pictures were the subject of several popular exhibitions in the Keene Hall.

In September 2006 Ron and Doris celebrated their Diamond Wedding and early in 2007 after his mobility became reduced following a series of major operations, they moved to Freshwater on the Isle of Wight to live near their daughter. They were barely settled in their seaside home when Ron died on April 9 this year.

At a memorial service in St Michael's church on May 5, tributes were paid by Councillor Janette Potter and Major Alan Watters of the Salvation Army. Ron's boundless enthusiasm in developing his collection really earned him the title 'Mr Galleywood'. 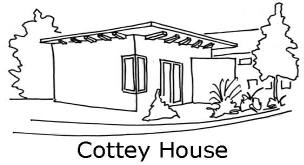