New Incumbent at the Vicarage

Following the retirement of the Rev. Stephen Bailey and his wife, Jennifer, in September 2004, St Michael's church entered a period of 'interregnum' during which the Church Council prepared a printed document to present to prospective candidates for the post of vicar. This Profile of the Parish set out a detailed description of the structure of the two congregations that make up St Michael's and the Mission that guides the worship in Galleywood. After interviewing several applicants, it was decided to invite Andy Griffiths to take up the post. Andy has been Associate Vicar in the village since early 2004. He trained as a vicar in Durham after training Christian workers in Budapest and, for two years, in France. Before coming to Galleywood, he was assistant chaplain of St Michael's in Paris. His wife, Alison has been teaching French in Slough and English as a foreign language in Budapest, Paris and Darlington. They have a daughter, Bethany, who is three and a half. 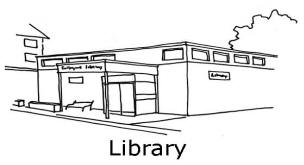