John Turkentine was elected chairman of the Parish Council in May this year. He was born in Diss and came to Chelmsford as an engineering apprentice at Crompton Parkinson in 1955. When the firm closed in 1966 he joined The English Electric Valve Co. where he set up a measurement, standards and calibration facility and later became Company Quality Assurance Manager. He came to live in Barnard Road in 1972 with his wife Gladys and children Graham and Sandra. When Gladys died in 2000, John joined a bereavement group where he met Jean Kemp, a widow. Jean had been very much involved in History and the Open University, which awakened John's dormant interests in photography and Family History, so they joined the Galleywood Historical Society, and became volunteers for Images of England, photographing listed buildings in Essex and Cambridgeshire. Jean sadly died, after a short illness, in January 2003. Looking for a new direction, John joined the Village Design Statement team in March that year and this led to a full commitment to local council work and he was elected Chairman in May 2004. 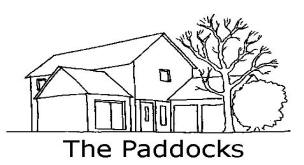