In 2001 the government conducted a census of every home in the country. Despite instances of spoilt and missing returns, the project is regarded as statistically correct as it’s ever likely to be. As no sacks of forms have yet turned up on the allotments or in someone’s shed; we can assume that the figures for Galleywood are pretty accurate.

The resident population of Galleywood was 5898, living in 2436 households, and just over a quarter of these homes were 'one person households'.

More than 300 Galleywood homes are occupied by a pensioner living alone and 160 are lone parent households with dependant children.

A quarter of us are single (never married) but the figures don't reveal the true nature of this declared state. Are these people shunning the idea of marriage and living permanently with a partner or are they still waiting for Mr or Miss Right to come along? 58% have taken the plunge however, but even this figure includes going round for the second (or third) time. Perhaps next time the census comes around, the 10% who are either currently separated or divorced may have re-entered the 'married' category. Wouldn't it be interesting to know how many weddings take place in church.

We seem to be, on the whole, a fairly healthy lot with 72% claiming to enjoy 'good' health, 22%, 'fairly good' and only 6% 'not good'; but despite this 14% are living with a 'long term illness'. For the first time the census asked about voluntary care provided to look after family, friends or neighbours because of long term physical or mental ill health or problems relating to old age; and just under 10% of Galleywood residents are providing unpaid care of this sort.

64% are employed with just over 2% unemployed and 16% are retired. And here's a figure that will surprise no-one; 42% of the homes in Galleywood have two or more cars or vans.

And what of religion? 78% of us declared ourselves to be Christian, 15% admitted to no religion at all and 6% ignored this question. Other religions such as Buddhist, Hindu, Jewish and Muslim each recorded rather less than a half per cent . 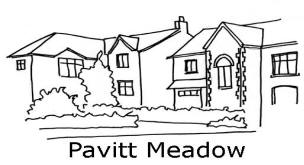