One of the county’s oldest men, Maurice Giles, who died in March aged 101, loved fell walking and planned to return to his favourite paths in the Outer Hebrides and Cumbria this summer.

North London-born Maurice passed away peacefully at his home in Galleywood Road, having lived an independent life to the end. He was pre-deceased by his wife, Gladys, who lived until she was 88, and leaves four children and a considerable family tree. The retired deputy county surveyor attributed his long life to a strong personal faith, saying God had entrusted his body and life to him, and it was his duty not to misuse it, but look after it. He set a fine example to his family by the way he lived, his devotion to his wife and his insatiable interest in and care of all things living. Last year he was honoured, together with other local centenarians, by Chelmsford Borough Council at a Hylands House tea party to mark the Queen Mother's 100th birthday. Maurice was mentally and physically active all his life, walking up Cader Idris and Snowdon, North Wales, just before his 90th birthday . He spent his 100th birthday in mid-November 1999 walking the Fells. Too young to see active service in the First World War, he was on his way to Egypt to learn to fly for the RAF in Egypt when the armistice was declared, having lost his beloved brothers Geoffrey and Eric in the bloody battles of the Somme. Maurice graduated from Cambridge as a civil engineer and his first job was inspecting and maintaining the Jodhpur-Bikaner Railway, North India, and his fortnightly letters provide a fascinating insight into life under the British Raj. He returned home in 1924, working in Kent and East Sussex highways departments, marrying Gladys (nee Pope) in 1934 and shortly moving to Essex working for county highways. Although too old to fight in the Second World War, he volunteered and was put in charge of a Home Guard searchlight detachment deployed at Felixstowe, Stansted and other parts of the county. Maurice was commissioned to recruit a road construction company from Essex volunteers, forming Company 807 from men he knew through the county’s highways department. Company 807’s projects included extending and lengthening runways at Reykjavik, Iceland, and at Gibraltar to enable them to be used by long range American bombers. They were posted to Belgium as the Allies advanced towards Nazi Germany and then he returned to his county council post until he retired at 65 in 1965. 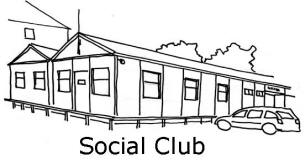