Parish Meeting Gets Fit for Life

Parishioners attending the Annual Open Forum meeting found themselves taking some unexpected exercise this year. Following the Chairman’s welcome, Parish clerk, Jane Head, gave a fitness demonstration and presentation with the theme - 'Are you fit for Life?'. Supported on stage by a group of ladies from one of her fitness classes, Jane persuaded everyone in Keene Hall to get up out of their seats and indulge in several minutes vigorous bending and stretching to music. This may have prompted many to give serious thought to their answer to Jane’s question!

The meeting continued with reports on Parish activities. The Planning committee had turned down a request for the proposed second house at the Walters Farm site to have an access from Keene Way. The development is likely to go ahead with the previously granted access to Watchouse road. The Parish council maintains its objection to the erection of a communications antenna on the reservoir site at the top of Beehive Lane. Plans are well in hand for the refurbishment of Jubilee Park. The first major work will involve levelling the dip in the ground and draining the surface water. A Tarmac area with a basketball goal is to be installed to cater for the growing popularity of this sport. PC Kevin Bailey presented his report on policing during the year. Restructuring within the force has led to the withdrawal of a regular patrol by a beat officer, although Galleywood will continue to have an identifiable officer as a contact point within the community. Policing within the Parish will be more intelligence led and directed in future. Neighbourhood Watch is now linked to Moulsham Lodge Police Station via a computerised E-mail system called C.O.L.I.N.

A millennium calendar has been produced by the Parish Council and copies were on sale at the price of £2.50. Featuring colour pictures of local scenes, taken by Ron White, 50 copies were quickly snapped up by the end of the evening. 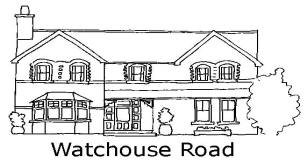