"The Galleywood Carnival Association recently called a public meeting at the British Legion Hall to decide the future of the event. The carnival had been abandoned after 1992 due to shortage of people willing to help with the organisation. This apathy was still evident when, apart from the president, John Smee and Bill Vicker, committee member, only six people turned up for this meeting. Bill Vicker said 'The association will cease to exist on December 31. Rather than let things drift on and on it means in the future another group could take up the name and start again if the interest is there.' 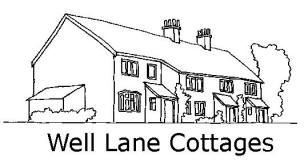