Plumber freed from jail on appeal

Raymond Ward was freed from five months in prison after awaiting an extradition hearing. The Galleywood plumber was wanted by Australian police, accused of taking part in an armed robbery nearly ten years ago. He was woken last September by armed police surrounding his home and sent to prison despite protesting his innocence. 'Nobody but my solicitor wanted to hear my side of the story. I’ve lost five months income and I'm, close to broke. It was a misunderstand after a conversation that took place with some guests at a barbecue at my home in Sydney. It was claimed I had spoken to someone about planning the robbery but I did no such thing. I rang the police and they confirmed what had been said so I returned to England because I was fearful of being framed for something I had no knowledge of. I was in England when the robbery took place in March 1984.' Two armed men had made off with an army payroll of $140,463. Ward had been living in England for ten years and made no attempt to change his name or disguise himself. Eventually, two high court judges agreed that if would be oppressive to extradite him and allowed him so be freed immediately from Chelmsford prison. 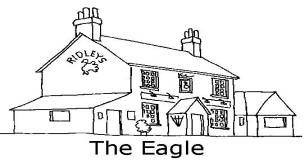