At a gathering attended by around sixty people on the Common in July, the Mayor of Chelmsford formally announced that The Common had been granted the status of Local Nature Reserve. It now becomes one of around 200 'LNR's' declared in England since the National Parks and Access to the Countryside Act was passed in 1949. These sites cover a wide range of interests and uses and section 15 of the Act defines a Nature Reserve as: 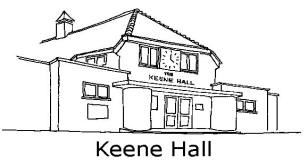