Ponds Road Development Given the Go Ahead

"David Wilson Homes made their outline planning application in 1987 to build six houses behind 'Brambleys' in Ponds Road. The five objections made by local residents listed, amongst other things, 'overcrowding and out of character with the area, increase in traffic, loss of privacy by adjacent properties and concern about contractors' vehicles parking during the construction work. The application was refused, but the developers appealed and submitted a further application for twelve houses at the beginning of 1990. Approval was granted in June that year. Garages to 'Brambleys' and 'Sutherland House' were demolished and repositioned along the access road to the development of twelve detached houses with prices ranging from £169,950 to £189,950. The cul-de-sac was originally to be called 'Horseshoes' but was subsequently named Badgers Close.

In November this year, Ponds Farm was advertised for sale by Bairstow Eves for £350,000. The property was described by the agent as '…an impressive renovated farmhouse on a generous plot of one and a third acres. Well planned and spacious accommodation including four double bedrooms, two with en-suite bathrooms, lounge, separate dining room, comprehensively fitted kitchen and breakfast room, 24ft dry cellar, 18ft sun lounge,, detached double garage and 35ft x 15ft heated swimming pool. Also on offer is an annexe building with a large lounge diner, kitchenette, shower room, and galleried bedroom.

The average house price in UK now £56,759. Prices are generally static at the moment after small falls during the previous three months. Halifax quote prices 1.7% lower than last year."

The Parish comments on the Borough Plan

"The planning committee of the Parish Council has reviewed the Chelmsford Borough Plan and is making the following recommendations:

The Parish Council has identified a need for improved health and banking facilities and hope there would be no objection to these." 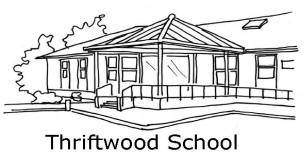