Plans for an artificial sports pitch at Chelmer Park are to go ahead despite strong opposition from planning officers and some councillors. The full size floodlit pitch will replace two smaller pitches currently in use at the playing field in Beehive lane. It would primarily be used by Chelmsford Hockey club whose womens' team has just won promotion to the national league. But the decision to go ahead - taken by members of Chelmsford’s Borough Council planning committee - went against the recommendations of the Borough's chief planning officer.

In his report to councillors, the chief planner William Chippendale said the scheme should be turned down because the area is green belt, the intrusion of floodlights on people living nearby and unwanted precedent of letting such a development take place. Mr Chippendale added "I am very concerned about the plans. I am very concerned about the details and I am particularly concerned about the floodlights." But councillors who supported the building of the pitch, which would be surrounded by a fence and a landscaped mound, welcomed the proposal. Cllr Alan Dixon said "I would support this as a much needed extension to our Leisure and sports facilities. Chelmer Park is a formal recreation ground so a precedent has already been established of building sports facilities there."

Voting in favour of the application by Chelmsford Borough Council Leisure Services, councillors agreed that the planning sub committee would include restrictions on any further development associated with the artificial pitch in future. 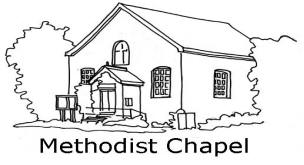